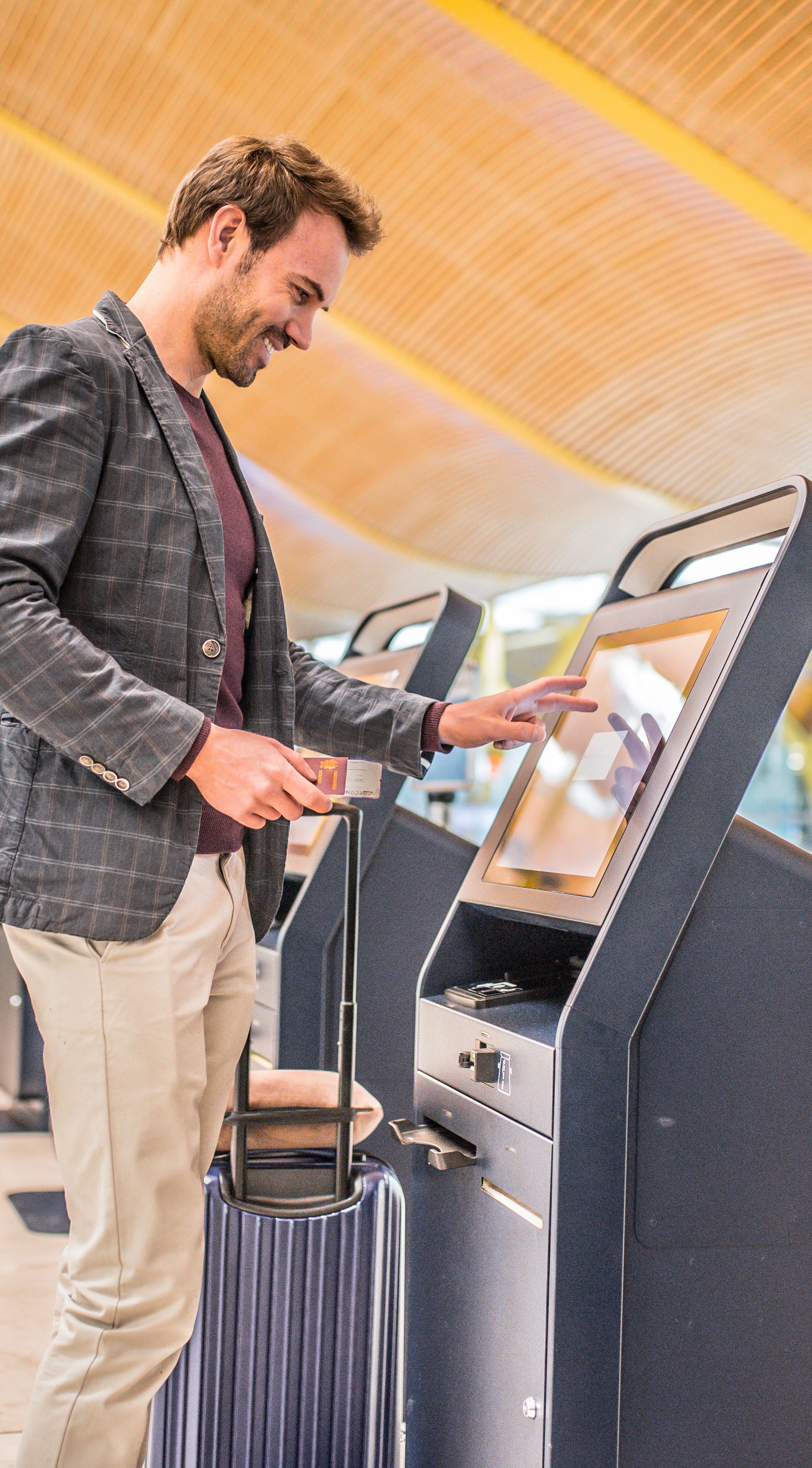 In our daily lives we use many systems that consist of multiple electronic components. A number of examples that everyone will recognise are buying a train or parking ticket at a vending machine, withdrawing cash, using a coffee machine or ordering lunch via a touch screen in a fast food restaurant. We are surrounded by digital systems supplied with specific industrial components.

Unfortunately, we sometimes come across examples where people have not properly coordinated the various components being used. The choice is often determined by the cost price. That seems easy and inexpensive, as the components are often similar in appearance and have virtually the same functionality. Nevertheless, things often go wrong. Inexplicable, strange malfunctions occur in or around the application. However, because CE approved components have been chosen, people assume that no problems can arise and that the end application is in fact automatically CE approved in advance and that the standards are safeguarded. Unfortunately, this is a misconception and it is more common than you might think.

Devices/components that have been CE approved operate independently in accordance with this standard. But if they are combined in one application, they can still cause interference. A malfunctioning touch screen can often be a first noticeable sign. However, there could also be other signals, including possible leakage currents, poorly matched connections or incorrect earthing.

Problems with EMC and heat development

During one of our EMC hands-on training sessions we talked to a company that had recently developed a kiosk application. Even though everything seemed to be working properly, significant breaches of CE standards were measured during EMI testing. Something which, in this situation, did not seem to be a problem for the application itself but rather for the systems around it.

After this measurement, the content of the application was examined. The kiosk contained adapters for the printer, cash dispenser, computer, monitor and a network switch. It turned out that these adapters were placed close together in a connector block at the bottom of the application and they gave off quite a lot of heat. This caused the temperature inside the application to rise rapidly. To cool the kiosk, they had considered using a fan, but the accompanying power supply turned out to be lower quality than the other power supplies.

The touch screen worked well and apart from some earthing problems, nothing seemed to be wrong. In the design, however, the internal computer was placed above the adapters, so that it inadvertently sucked in the preheated air. This had a negative effect on the lifespan of the electrolytic capacitors in the computer. In addition, the high brightness display was placed above the computer. As a result, it also suffered from the adverse effect of the heated air. This display is placed on the outside of the kiosk and that extra heat is not desirable.

The ESD test showed that several connectors were inadequately earthed, causing the image, among other things, to show faults on occasion. A mains filter had been installed but here too the choice was driven by cost. That turned out to be one of the causes of the leakage flow, which caused the application to exceed the standard with the EMI measurements.

After these tests, the necessary adjustments were mapped out. With a number of simple interventions and the replacement of two components, the application was eventually adapted in a fairly simple manner, so that the whole complies with all (CE) standards. As an additional advantage, the chance of malfunctions has been considerably reduced, which means that fewer repairs are required on location. This results in a significant reduction in service costs.

How could this have been done better?

In addition to the logical choice of components with a CE marking, it is important to look closely at how these different components work together and their position within an application. You should also consider heat development, interference and possible leakage currents due to insufficient earthing. In addition, the choice of high-quality components pays off in the long term. Moreover, the cost price does not always have to be much higher than the cheapest alternative.

What can Telerex do for your company?

Telerex would like to provide input about the design and selection of the right components for your application. We have a wide range of products and a network of partners with whom we can provide you with the right advice to help you select the right components. In addition, we offer technical assistance to develop and market your device safely and in accordance with the CE standard. Would you like to know more about the services we offer and which industrial components we have in our range? Take a look at our webpage about kiosks.