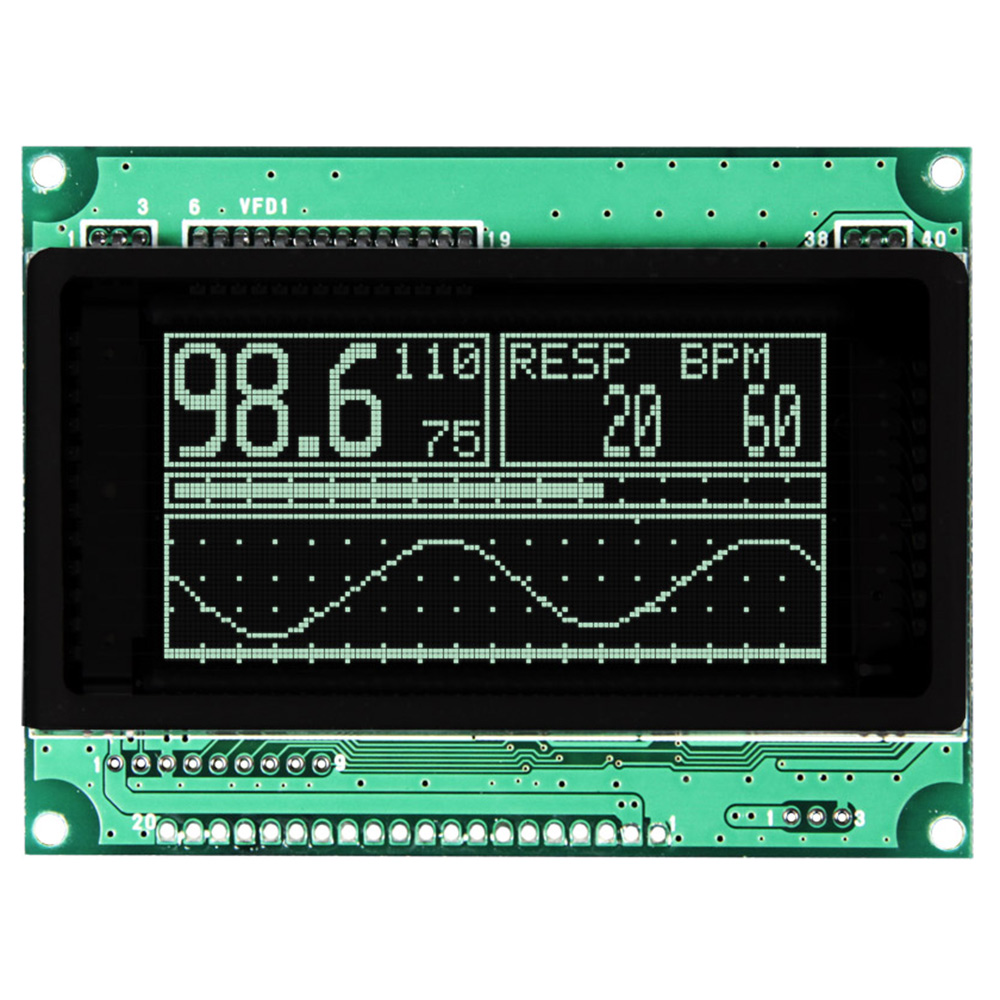 VFD’s or Vacuum Fluorescent Displays are most commonly used in consumer-electronics such as car radios, microwaves or older pocket calculators. Unlike LCD modules, VFD display modules emit a very bright light with high contrast in various colours. Mostly used for displaying alpha-numeric characters or in a dot-matrix, they are produced in hundreds of millions each year.